Uses of the thermal camera in COVID-19 detection

COVID-19 has changed the whole world. From severe lockdowns to quarantine periods, the world has faced a lot. Its peak time is continuing in various parts of the world. Although it was a sudden outburst, and many countries were not ready to fight the unpredictable effects of this deadly disease. The world is now shifting to the next phase of the fight, where multiple technologies are tested to equip humanity against this virus better. A body temperature measurement camera is one such technology under rapid research.

Thermal imaging camera is used in various parts of the world as a tool of screening the persons with fever-like symptoms in areas where high-traffic and gathering is expected like shopping malls, hospital entrances, office buildings, and other mass-attendance events when they will resume after lockdowns.

Anyone who shows up high temperatures can then be directed to in-depth assessment. It will reduce the rate of mortality by this virus, but it will also minimize the spread of the virus.

What does it do?

A thermal camera takes the picture and makes an image of the object with the help of infrared radiations that are emitted from an object during the called thermal imaging. The image depicts the temperature of the given object. The basic technology for thermal imaging camera was first used in the military domain, but today, its uses are far spread.

The common practice today for a thermal camera is highlighting the warmer object. The object subjected to the camera is shown in yellow-orange hue and starts getting darker with an increase in temperature. Colder objects are displayed in purple or blue color.

Infrared radiations have a wavelength that starts at around 700 nanometers and lengthens to 1mm. Wavelengths that are shorter than the above range are visible through the naked eye. A thermal imaging camera uses this infrared energy to give thermal images. The lens in the camera uses a detector where infrared energy is put over this detector to form a comprehensive pattern known as a thermogram. This pattern is then converted into electrical signals to make a thermal image, which is then interpreted as per the said guidelines.

Why a thermal imaging camera?

These systems are believed to be the magic bullet for areas of gatherings. Mass fever screening can be performed. Measurements are instant with limited or even no contact, and results can be seen even at a distance, so a minimal disruption in areas of public gathering is expected.

Thermal cameras are inclined to work better at night, but experts suggest that it is not related to the environment's being dark or light.

The ambient temperature and the core temperature of most of the otherwise-unheated environment and objects are always quite lower at night compared to the sunlight hours. As a result, the sensor in the thermal imaging camera can show a warm environment in higher contrast.

On relatively cooler days, heat from the sun will be slowly absorbed by roads, buildings, construction material, vegetation, and almost every object. For every degree of temperature, these objects experience a rise in ambient temperature as the day passes; hence, they become less clear and less distinguishable from warm objects used in the camera.

Most thermal cameras will show warm bodies in sharper contrast during the night when several hours of darkness have passed as compared to sunset time. Likewise, this imaging will be more accurate during the early morning compared to the full daylight in the afternoon.

The body temperature measurement camera does not work through glass. A glass sheet enables the visible light to pass through, but it acts the same as a mirror for infrared waves. Consequently, the lenses of IR cameras are made up of zinc selenide or germanium. If you place the thermal camera in the window, you will only see a blurry mess or your reflection.

Thermal cameras cannot work well in the underwater environment. Water inhibits a lot of infrared wavelengths and acts as an opaque barrier which blocks the wavelengths of visible light. Just like we cannot look through paint, the infrared sensors of these cameras cannot detect any significant depth of water.

Water possesses a much higher heat capacity than air; hence, it requires much more energy to increase or decrease the corresponding volume's temperature even by one degree.

Hence the objects will lose or gain their specific heat energy relative to water over shorter distances and much faster. For thermal sensors, it is naturally tougher to differentiate when sunken than they would be placed outside the water surface.

Thermal cameras are devices for the measurement of temperature. As fever and high temperature comes as the common symptom of this virus, so these cameras are being applied as first step screening in areas where the gathering is expected. As the virus has spread in various parts of the world, multiple symptoms are reported, including fatigue, nausea, and loss of smell and taste. Many health workers have reported that not everyone with this virus gets a fever, and likewise, not everyone having fever nowadays is infected with COVID19.

Hence thermal cameras in standalone will miss many infected people with symptoms other than fever or no symptoms at all. Accordingly, false negatives are not detected by these cameras. False positives also arise because of thermal cameras, as these can identify people unwell for another reason showing fever as a reaction.

COVID-19 has presented challenges to the whole world. All scientists and health experts are working day and night to beat this deadly virus. Among these struggles, the use of a thermal imaging camera comes as a basic step to do the initial screening so that its spread is less in momentum. Yet there is a lot to uncover which needs experimentation and evaluation. 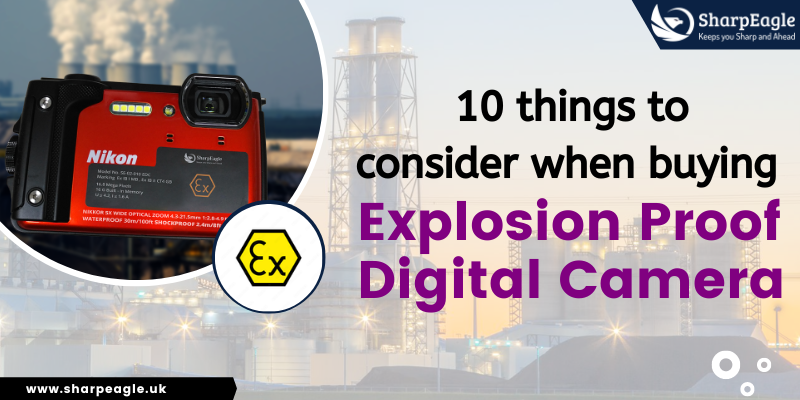 10 things to consider when buying an explosion-proof digital camera 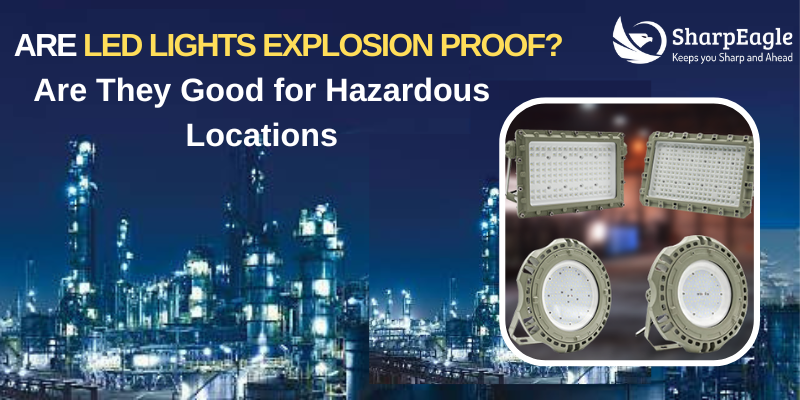 Why LED Explosion-proof Lights Are a Smarter Choice for Hazardous Industries? 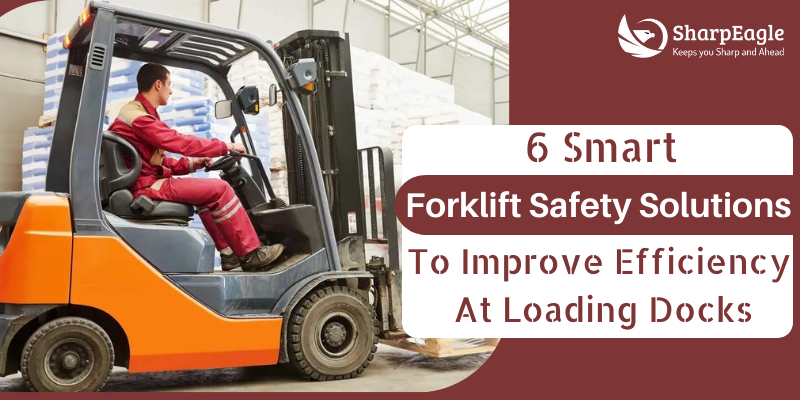