Home
Case Studies
Which are the Best Solar Powered Security Cameras in 2021?

Which are the Best Solar Powered Security Cameras in 2021? 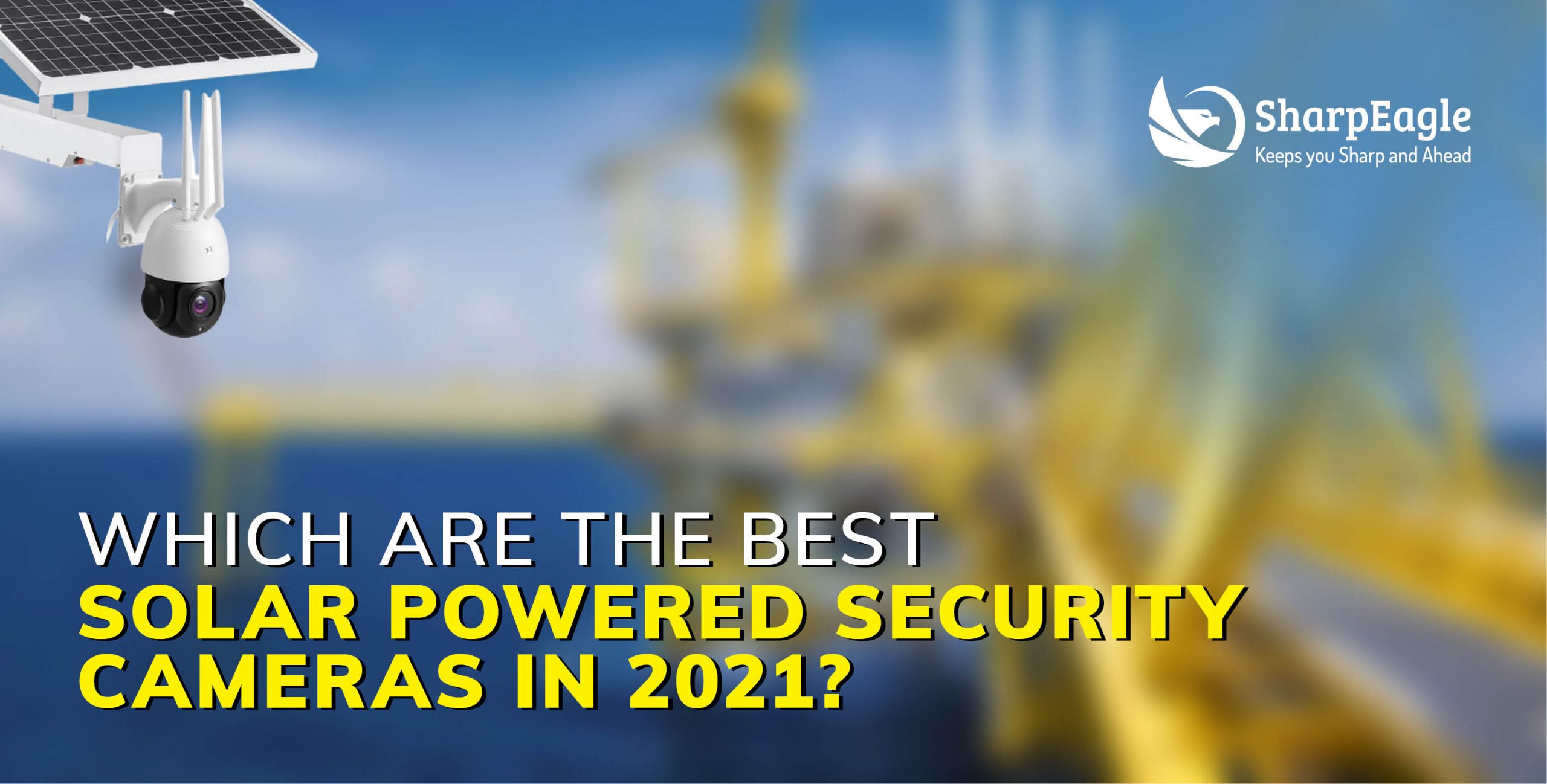 Along with cameras, a range of security devices guards homes and offices, factories, and businesses. Besides manpower and weaponry, dogs and software, cameras help keep that ever-vigilant eye on the surroundings. Men and materials, machinery and robots - cameras survey them all so faithfully and keep records to serve as evidence. Among the cherished gifts of technology, surely the Solar CCTV cameras take center stage!CCTVs rule human existenceAcross the decades, society witnesses perennial change, especially after the internet took birth in the 1990s. A variety of CCTVs enable a close watch on the home or office even across distant locations through the web. Large-scale businesses that need to monitor vast areas especially in remoteness now have a powerful support. Automation means that the system runs independently and delivers alerts accord to the programming. Thermal cameras, for instance, raise an alert when an intruder or an animal approaches too close.While it is true that dependence upon such security systems is building up, we cannot deny their great utility. In their absence, humanity would be helpless and left to the mercy of criminal elements ready to exploit weaknesses. Fraud and crime use the same wonderful technology. Study the application requirements carefullyWill it be explosion-proof CCTV cameras the company needs to buy for dangerous work environments? Forklift safety systems cover the handling of materials. Thermal cameras capture the heat signature. A Solar-powered Security Camera comes in handy in remote applications where electricity is non-existent or in short supply. Every organization dreams of independence. Even in urban areas, solar panels on rooftops have become rather common. Maybe not in the heart of the city but the suburbs and nearby destinations do need solar power. Solar panel manufacture gets bigger and better. The generation of electricity through fossil fuels and even hydroelectricity have their hidden dangers. Avoid destroying the already-weakened environment. Don’t cause earthquakes in the mountains amidst gushing rivers racing downhill. Wind power and solar power represent the future. In a sense, the future has arrived with large-scale solar power and wind power generation already amidst the deserts and oceans. Which location does not need CCTV surveillance? Construction sites, parking lots, yards, farms, and streets need the third eye. Solar-powered 4G/WiFi cameras present advanced performance of extremely high clarity images. The software secrets make those wonderful functions quite possible. Cables have become obsolete and huge expenses over long distances may be avoided. WiFi works like a dream.The super cameras need hardly any maintenance over the long term. Tough cameras built to last that run smoothly over a lifetime. Remote viewing software initially appears like magic but you get used to it. A short phase of adjustment and training for the staff and a new way of life has emerged. Choose from several sturdy camera models that can tolerate harsh climatic conditions. They work well even in dim light. Monitoring difficult regions from a control room have now become so much easier. Remote areas suffer from power shortages and the absence of internet connectivity. You need neither. Set up solar-powered camera systems that ensure a steady power supply from the storage batteries. When solar power is generated on sunny days, it is stored in the batteries for later use. Cloudy days also generate power but to a lesser extent. Install a few Solar-powered Security Cameras.Fixed Type Industrial Solar Camera SystemMost of us city dwellers cannot imagine the harsh work environments that prevail in factories amidst high temperatures and toxic gases. These cameras like Argus 2 work everywhere in difficult conditions. The IP65 certification ensures optimum performance amidst rain and storm.

• Connected to a Reolink Solar Panel brings a steady stream of solar power that replenishes the energy every moment just like the batteries work in the car. • Argus 2 works 24 hours and uses no wires. Forget cables and wires over long distances that cost a fortune and could be tampered with by people and animals. The power of 2.4 GHz WiFi enables independent work free from any issues. • Make sure that the sturdy camera installations can withstand the dangers of theft and mischief. At an appropriate height, the camera needs to be placed beyond easy reach. Starlight CMOS sensor brings clarity of night vision across 33 feet. Daylight is transparent in comparison. Keep the range free of obstructions. • Images to bring joy! The 1080p Full HD quality delivers great intensity with the images crystal clear that helps in research and development, security, and court cases too. • A safety device called the PIR Motion Sensor works like a safety valve. When something goes amiss, the sensor sounds an alert and it is time to investigate. PTZ Solar CameraChoose a Solar-powered Security Camera with lots of clever add-ons. Looks matter and this cool, elegant camera installed without a fuss. Every difficult situation requires this sturdy 2-megapixel HD 4G IP Camera. Pan, tilt, and zoom cameras may be adjusted remotely according to need, facing wherever the action occurs. Adjust horizontally to 355 degrees and vertically to 90 degrees. Truly a multimedia wonder, the accomplished camera supports a voice monitor with a built-in microphone. Supporting 4G and the AP mode, get ready for the bag of tricks.

• Waterproof level IP66 indicates the rugged quality that withstands difficult weather conditions in a range of terrains. • No worry about storage space that is usually gigantic in the latest gadgets even if you don’t need them. Storage space amounts to a 128G TF card. • With P2P, view the contents anywhere and anytime that is truly an advantage in working in sensitive work conditions or during criminal investigations. • Android and iOS are truly wonders of applications. The camera works on either as well as professional CMS PC client software which means almost universal functions. • Equipped with a 6 pcs array of infra-red LEDs and a night vision of 80m distance, just imagine the camera effectiveness in remoteness. Fixed Type Solar Camera System for Domestic UseHomes form the basic existence in family life and need every protection device. A passive infra-red motion detection camera senses heat and movement too. Heighten security around the home with such a device. Besides, the sturdy construction ensures IP67 waterproof quality which means that that the weather will not get the better of it. Sleep in peace while the weather rages through lightning, thunder, and rain outdoors.

• Along with the blessings of WiFi/4G connection comes a long standby period that requires less attention during hectic busy times at home and in the office. A 2-way audio system facilitates communication across networks. • HD Night Vision brings ultra-picture quality to satisfy every opinion. Video recording and video playback make sure that no mystery remains of what happened in the surroundings during the difficult times. A Remote Monitor, Remote Wake-up, and Alert Pushing complete SharpEagle’s package. Install this utility Solar-powered Security Camera without a second thought. 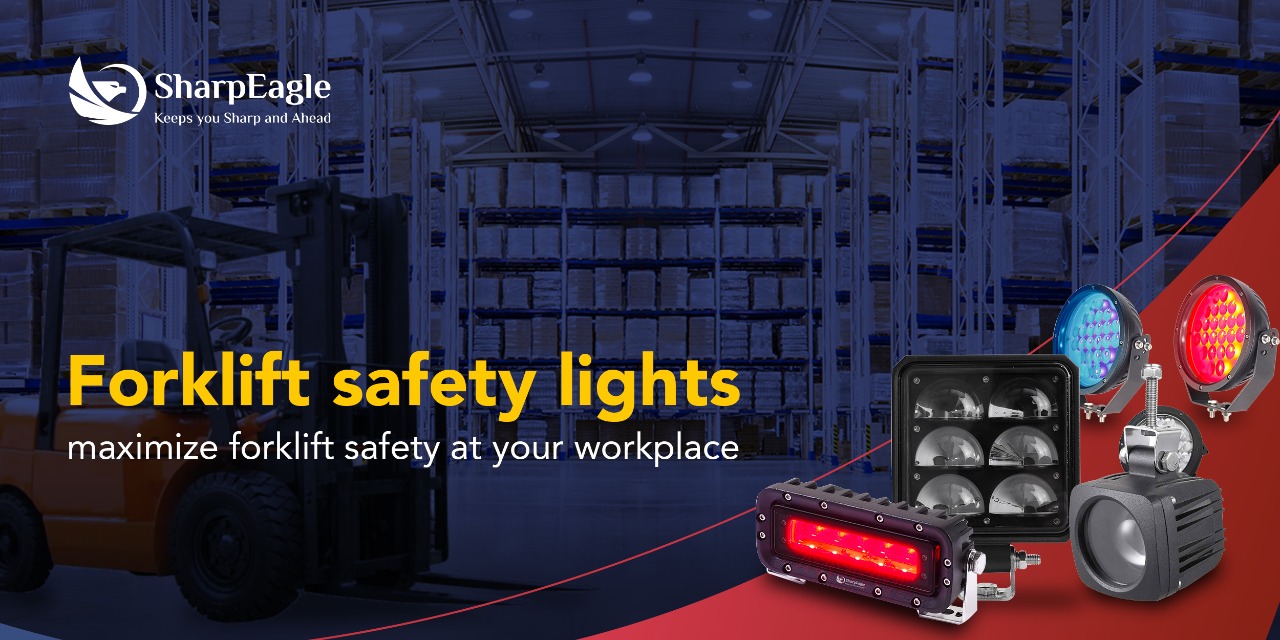 The use of forklift safety lights is highly relevant in promoting workplace safety. It minimize accidents, also reducing financial losses from damaged goods at workplace. 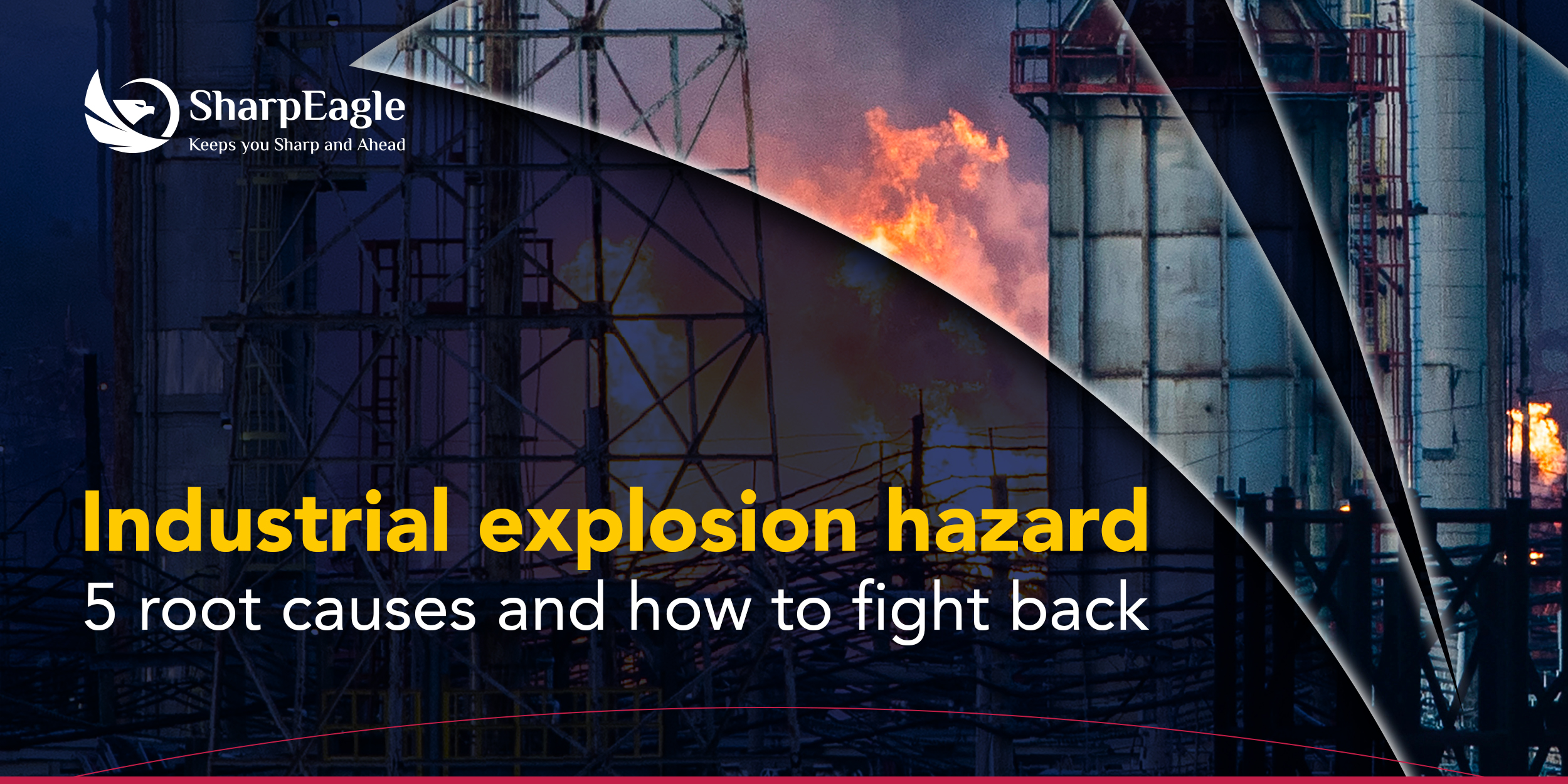 Industrial Explosion Hazard – 5 Root Causes And How To Fight Back

Keeping all of your equipment in proper working order will enhance safety and make your operations more productive. Here are 5 most common causes of industrial explosion hazards. 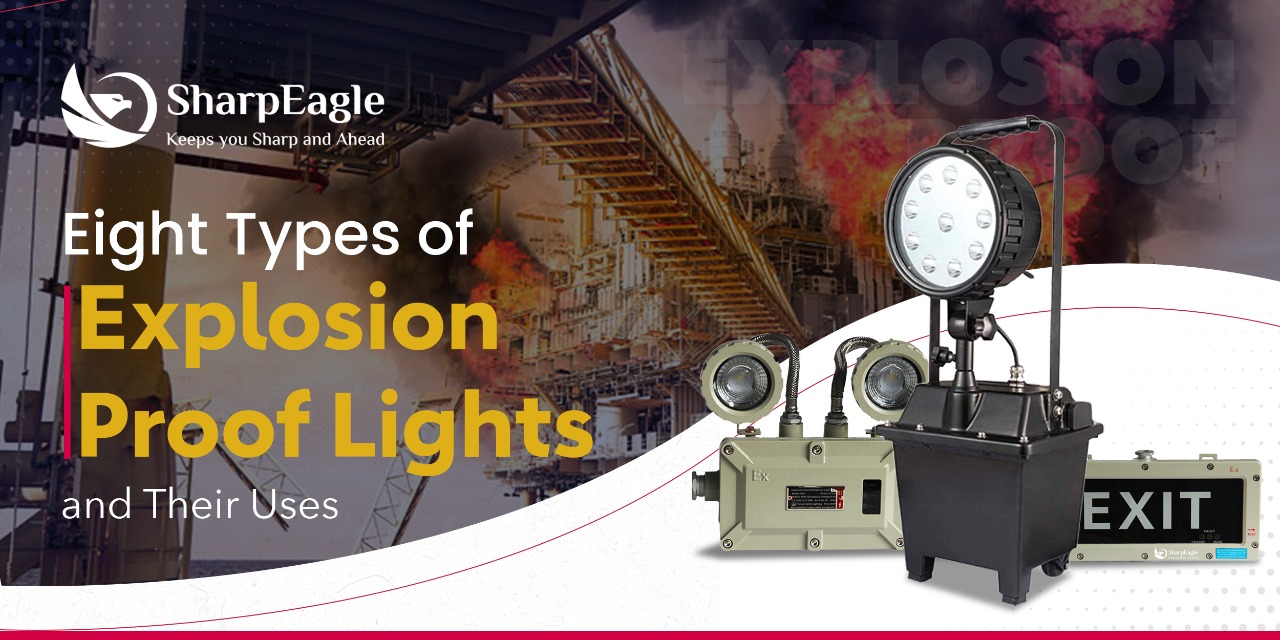 8 Types Of Explosion-Proof Lights And Their Uses

Know the wide range of explosion proof lights (Also known as hazardous area lights) and their functions/uses to improve safety of workplace at hazardous environments.